When opportunities knock on your door: becoming a VoiceAmerica Radio Host!

Sometimes you can really expect the unexpected. In my case, I have had such an amazing journey over the past six years I cannot believe it somehow. 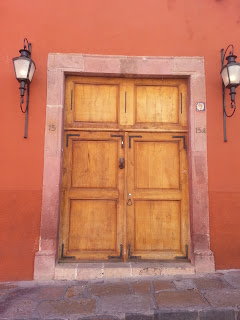 It all started back in February 2009 when I went to my (back-then) boss and told him I was going to resign after being at the company for almost 7 years. If you could have been there with me, you would have seen his shocked face, as I was the CFO and GM of his group of companies. His first question was why? Immediately came his second question, what will you do? My answer was a simple one: I want to do something different.

How many times have you had that thought or feeling that you want to do something different? As I was not prepared to answer exactly what I would do, so for him that conversation “never existed”; well, at least on his mind as for me it was just a matter of time. In 2010 I went to become the CFO of a large multinational corporation - something we finance people of course like very much – only to have that thought come over many times until late in 2012, when I decided it was time to do the something different I wanted to do, which was helping others but was not sure how.

My fields had been corporate finance, franchising and entrepreneurship and I knew I would do some managerial and entrepreneurial related activities; and my decision was in 2013 to become a business performance coach with FocalPoint Coaching. And my life changed. I have met incredible people like Brian Tracy, Jack Canfield, Dan Sullivan, and Michael E. Gerber among many other; I am a business coach and do have my very own business coach (thank you Margaret!) as we all need to continuously improve. I write in Spanish since the late 90’s (started my blog www.motivandoelfuturo.com in 2010) and have since published two books on Franchising. And then I was invited to write a chapter for a book in English (and yes it is really very different). And after that first chapter, came another and another and I have already co-authored six books with amazing people from all over the world; and of course, soon after I started an English blog on Leadership and Entrepreneurship (which you can read at www.entrepreneurperformance.com ).

And then a few other things followed. I was invited to speak to amazing audiences in Latin America and in the US and then to appear at the America’s Premier Experts TV Show which led to other incredible opportunities, such as being invited as a guest on a few radio shows.

I never had thought that I would write books or be on radio or TV; even less was I prepared to what happened last February. I was contacted by VocieAmerica Network to have my own radio show; really? Remember that I wanted to do something different? Well, all is different but it is the same. It is my way of still helping others but now doing what I like, working on management and entrepreneurship; with business owners and empowering teams. My clients range in age, industries and geography; but they all have something in common: are looking for new ways to do things in a better way!

So what do you do when you have a dream or a thought? You act on it, make decisions, start implementing a few ideas and put your mind into making it work. All takes time; all costs more than what you expect; everything requires effort, hard work and dedication. And still

you need to find the energy to continue forward, regardless of the circumstances. You need to be constantly inspired and motivated and do that for others, as leaders inspire people and visionaries motivate everyone. It is never easy, but all is worth it.

When opportunity knocks on your door, open it; if it doesn’t knock, go out and find it.
Never say I have never done it (you will someday);
never say I do not know how to do it (go out and learn);
never say it is too difficult (even less if you have not tried).
Never say no to an opportunity, and
never back down from a chance to do some incredible act and start a new adventure.

And after four months of design, preparation, weekly conferences, and decisions and now in training, this is what I will also do starting next week. On June 2nd I will be the host of an incredible new radio show at VoiceAmerica’s Business Channel. Just the name of it might be intriguing to some: “Performing at Your Best: Mindset Evolution with Luis Vicente Garcia”.

This has been a family event: my wife and kids commenting on every single item related to the show; form the image, to the show’s name to the pictures and images. From my wife helping me to choose the right music, to my eldest son learning Photoshop and making all the show banners, to my youngest son making design suggestions (he even asked me why I included the word ‘Evolution’ on the show’s name; interesting question). And working with an executive producer for the network every week was also a first and as always, a learning experience (and of course, thank you Winston). 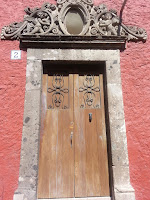 So I invite you to join me every Tuesday starting June 2nd at 3 pm Pacific time or 6 pm Easter time, on the new show “Performing at Your Best: Mindset Evolution with Luis Vicente Garcia” . It will be an English radio show for a native Spanish speaker; a show on Internet which might be new to many people; a show on Performance and Mindset. And at the end, it will be the new beginning of that idea to do something different. Just how different you will never know, until you try, until you start, change, adapt, and see things with a different perspective. I invite you to follow the link to the show’s page at http://www.voiceamerica.com/show/2462/performing-at-your-best-mindset-evolution-with-luis-vicente-garcia

This is what the show will be about, but it will also be about you and about me, and about business and empowerment; and about being positive, motivated and on changing our mindset. And my goal with the show is that you will also find that ‘something different’ that you want to do and take the necessary steps to start doing it. Simply said, as Brian Tracy wrote on the book The Ultimate Success Guide, a book we both co-authored, when he dedicated a copy to me:

Here is to all of you who are doing that ‘something different’, as you are already the “Change you want to see in the World’ (Gandhi)

To Your “Motivated” Success!

“The value of an idea lies in the using of it.”
Thomas Edison, General Electric Co-founder.